We’re asking our loyal residents for their review of the week’s action.

On Monday I squeezed in a couple of hours in from late afternoon until the early evening on Luscombe Lake. A couple of carp to start the week including a 11lb Ghost and a 9lb Mirror. Both fell to meat fished to the centre of the lake.

Tuesday saw me on Trusham Lake for a few hours in the evening, where I snagged 2 carp of 12lb and 5lb. One fell towards the point of the island to meat and the other fell to pellets towards the centre of the lake, just off of the willow. After seeing a fair few decent sized carp jumping, I decided I would focus my attention on this lake for the rest of the week. 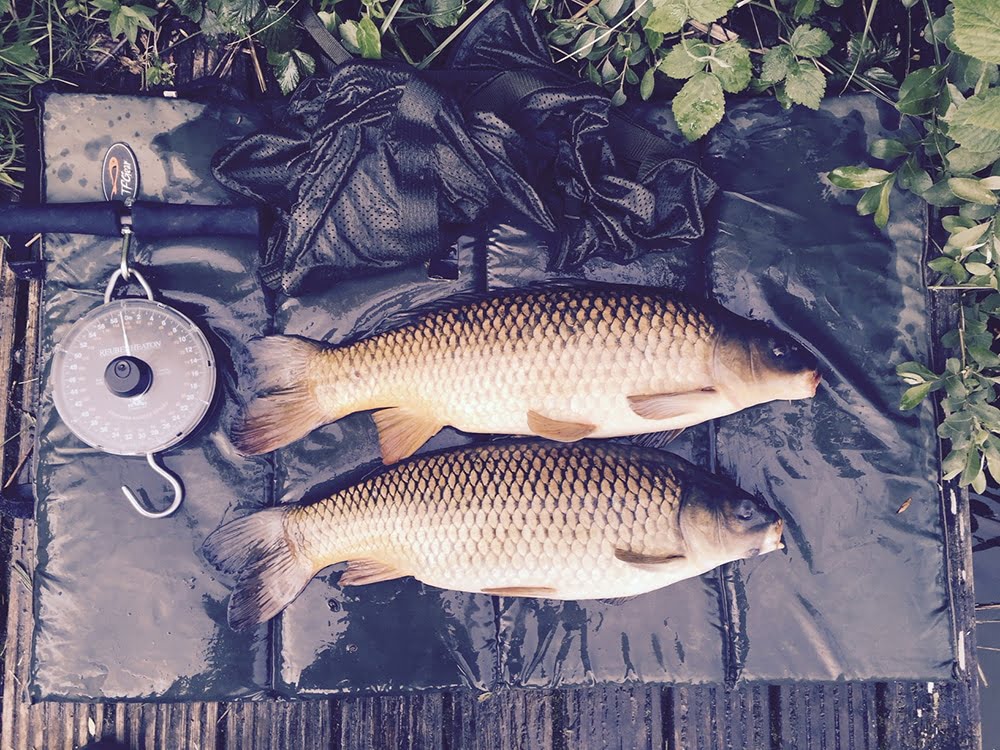 Wednesday brought torrential rain almost all day, however it dried up enough to tempt me out for a couple of hours on the bank in the evening. Another two carp of 14lb and 12lb came out, both to sweetcorn and both tight to the margins in the corners of the lake!

On Thursday, after a lovely morning sea fishing off the wall in Dawlish, I spent the afternoon and evening back on the lake! In between rain showers I managed another two carp of 13lb and 3lb, both fell to corn in the margins. 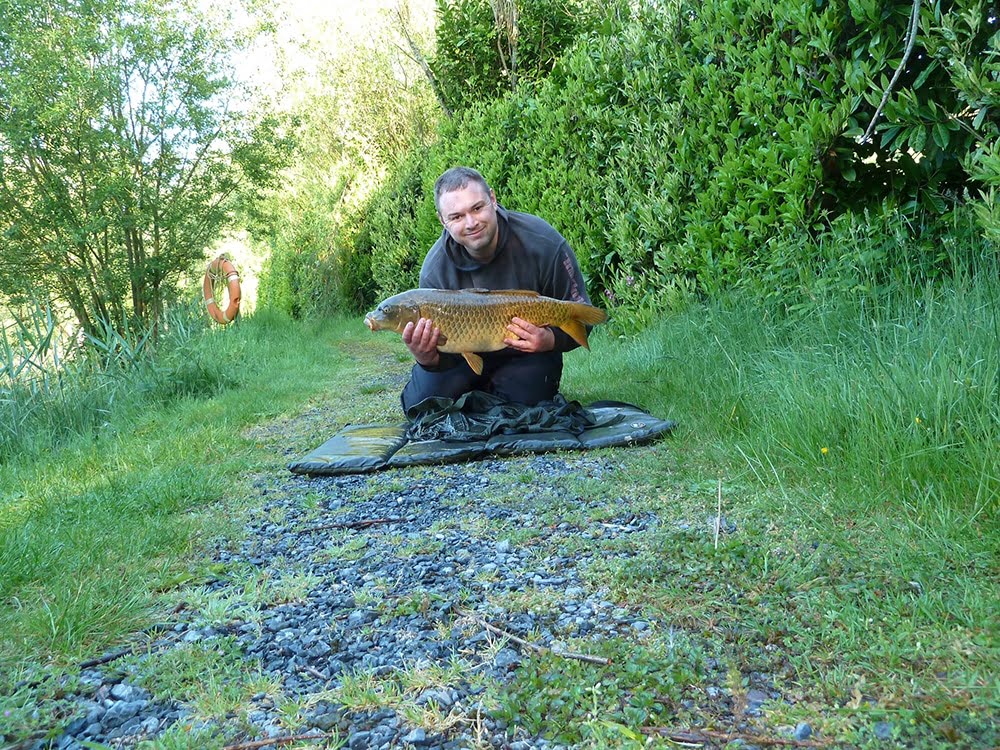 On Friday, I decided to move into the area behind the island after seeing a fair few fish moving in that area the night before. I was starting to think I was stuck on two fish per day so as you can imagine I was chuffed to land 9 fish over the course of the day, the highlight of which was a stunning 22lb Common Carp. Also gracing the bank on Friday were a couple of 13lb’ers, plus a 14, 15, 4, 8, 10 and a 3! I  was fishing with mussels and prawns for most of the day, with the most success coming from mussel on the hook over a scattering of prawn and mussel. Yet again the fish came tight to the margins and the island under the willow.

I took another six fish on Saturday, including a 20lb Common in addition to a 12, 12, 10, 7 and a 6. The pair of 12’s came as a double take, which was quite entertaining on a small lake with lots of margins and snags for them to get into. I’m happy to say that both fish were both landed and returned safely, I even managed to get a photo of them both on the mat at the same time! 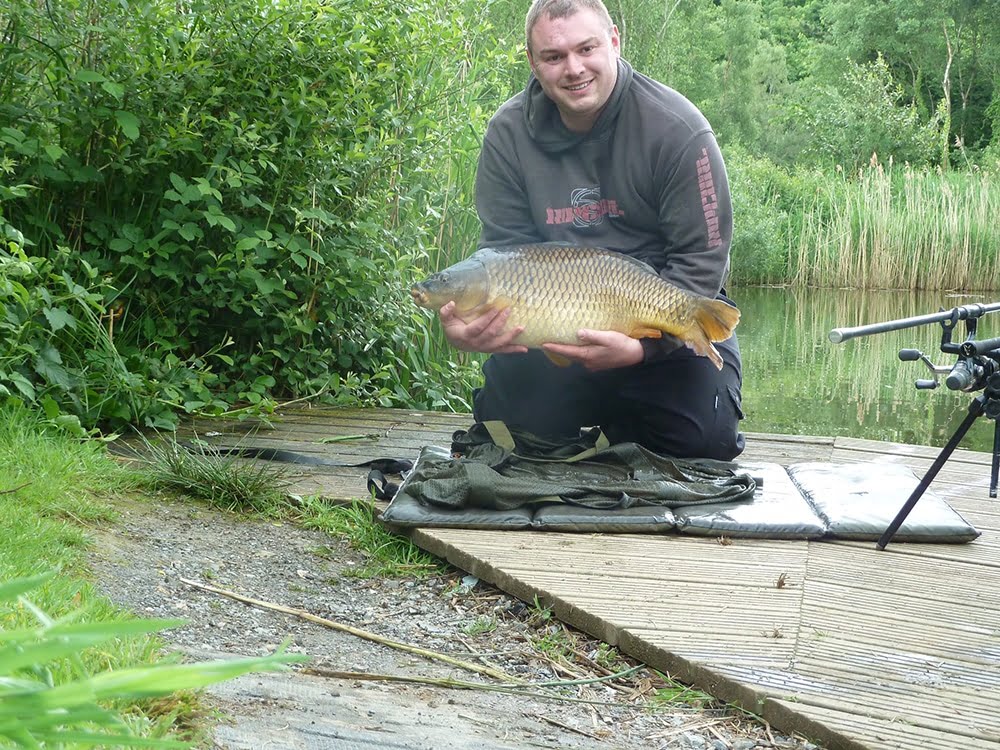 Onto the final day of my holiday, and the first day without any rain – I even managed a bit of sunburn! Having banked 23 fish so far (including a 20 and a 22) i’d already had a great week on the lakes, so the only goal I could really set myself was to get to 30. This could possibly be ambitious considering how temperamental the lakes can be at times coupled with the soaring temperature – meaning the fish may not have been feeding as aggressively as they previously had. However, I’m pleased to say I pulled out another 8 bringing my tally to 31! This included a stunning Ghosty of 18lb, who put up an amazing fight – he really didn’t want to come in! Alongside him I landed three 13’s, a 12, 10 and to finish the holiday and hit my target were a couple of 3lb’ers in the dying light. Once again it was the prawns and mussels combination doing the damage, although the last two fell to pellet. It was the same story as the fish came tight to the margins or from under the willow. I also had around 6 missed runs later in the day, the only difference being the rigs which were using the heavier 3oz leads, whereas I’d been using 2.5oz up to that point. I feel that the leads may have been bedding into the silty bottom more, preventing the fish from picking the bait up properly – i’ll definitely stick to lighter leads in the future!

All in all, a great weeks fishing that even the most terrible of weather couldn’t spoil! 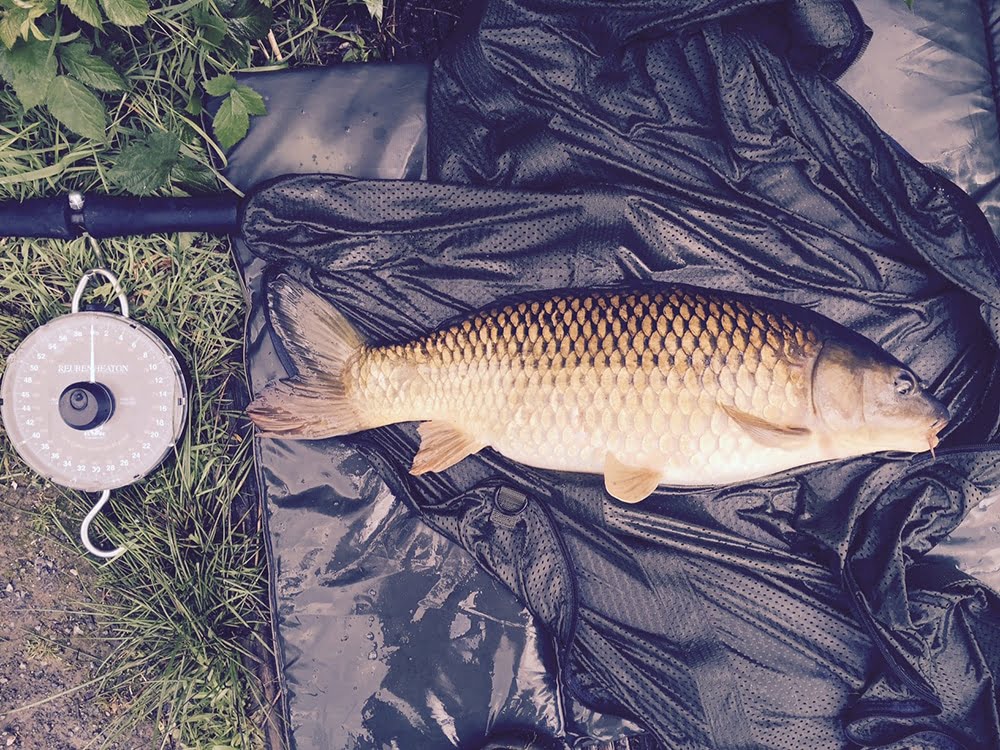