Start planning your holiday with us today... 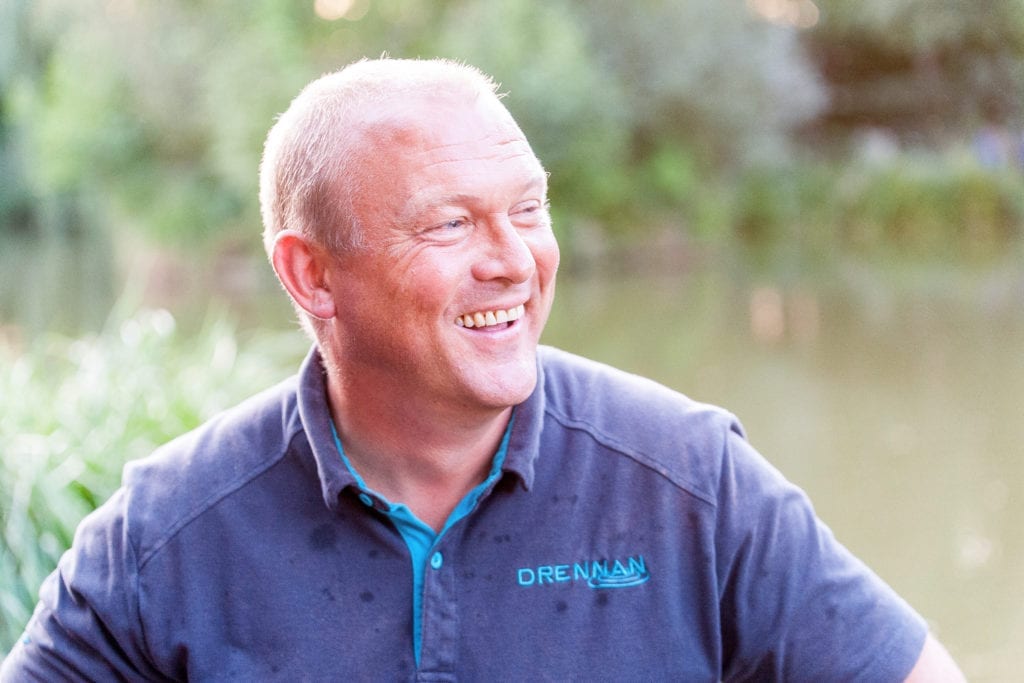 The competition was hosted on the Mamhead Match Lake over 5 days of intensive fishing. The field was narrowed down from 40 in the opening rounds to 15 in the final, with the remainder battling it out for the Plate competition.

Competing against 14 other experienced competition anglers in the grand final, Jason scooped the Cofton Cup and £500 with a total for the competition of 109.07 lb from Peg 25.

Five days of sun and calm conditions made for great angling conditions for the Cofton Cup competition.

The event saw three qualifying matches take place on Monday, Tuesday and Wednesday, with the grand final on Thursday, before the Plate match on the Friday.

Luke Broderick, Cofton Holidays Fisheries Manager, commented on the success of the Cofton Cup IV event, saying: “The competitors have been fantastic, showing off their skill and expertise, creating a super atmosphere for all. They’ve contributed towards a great week enjoyed by all the anglers, their families and a good crowd of spectators!

“We’d like to congratulate all the finalists and the winners, but most notably our champion Jason Morgan who produced an exceptional performance to claim top prize. We look forward to the competitors returning in May for Cofton Cup V.

At Cofton Holidays we have five well-stocked fishing lakes, making it an ideal destination for angling fans of all levels and experience. Mamhead, the Match Lake, has been restocked, alongside the four other lakes, thanks to significant investment over the past year and a half.

Following its success, the Cofton Cup Fishing Competition will return again in the Spring. Cofton Cup V – The Fishing Festival, will take place from 9th to 15th May and is open to keen anglers staying at Cofton Holidays.

To book your place on the Cofton Cup V – Fishing Festival, visit

Escape with your pooch on a dog friendly holiday...

Twas The Week Before Christmas At Cofton

Escape with your pooch on a dog friendly holiday...

Twas The Week Before Christmas At Cofton

Enjoy a magical winter break in your glorious corner of Devon

Some of your kind words...

We have had a wonderful experience, the site is very clean, ALL the staff were friendly and helpful especially the bar supervisor, entertainment was second to none, we'll 100% return...

I just want to say how impressed my fellow Motorhomers and Caravaners were with the welcome and service we received during our stay. Staff in the office were polite and helpful at all times. Scott the restaurant manager was most accommodating when I enquired about reserving space for 25 to 30 of us for lunch after a walk. The service in the restaurant was speedy the food hot and varied. We were very pleased with the standards. Staff in the restaurant were cheerful and polite and helped make our meal most enjoyable. We had such a good time that we will be returning again next year for our Xmas Rally.

The best holiday park we've been to in our motorhome. Our children aged 2 and 4 loved it. Great facilities, entertainment and activities in one of the best parts of Devon!

Good location and dog walking, we'll be back and it can't come quick enough.

Loved the Zumba class! Can't wait to come back!

Stayed in Honeysuckle Cottage, stunning views over the Exe Estuary.. fantastic place for a family holiday

My little girls aged 2,3 and 5 loved the entertainment.. all they can remember is fun, fun and more fun!

Quiet and relaxing in a stunning location.. Can't wait to return

We usually camp 3 times a year and hire a caravan after the Christmas break at Cofton, and will continue to do so. We thoroughly recommend staying there. Great for families or just the 2 of you.

Go for swimming and food at this fabulous holiday camp... facilities A-star so clean and just great value for money would defo use over and over again which I do.... I'm a regular visitor. Dip and dine always good option as the food and snacks are fantastic in the bar cafe area near swimming pool!

Excellent toilet block and lovely hot showers. The on site pub was spot on with really friendly staff..

The superbly equipped Woodside Cottage was beautifully clean with a fantastic Hot Tub. Waking up to horses and cows in the rear field.. stunning!

So friendly and clean, it’s a home from home and we couldn’t go a year with a visit!

I always pay a visit to Amelia's Pantry, you can just Relax, Indulge and Enjoy!

‘Wonderful facilities, especially the swimming pools! In a lovely setting, for us it is simply the best campsite we have found.’

We have been coming to Cofton since 2009 and have stayed at least 12 times. We love everything about Cofton: the location and scenery in and around the park, the quality and cleanliness of accommodation, the friendly welcoming atmosphere; Everything about Cofton is great!